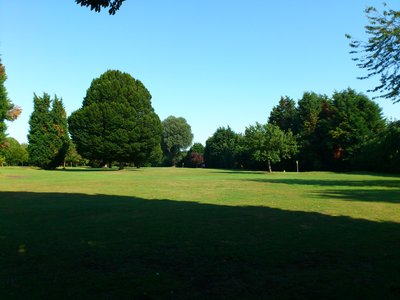 Hall Lane Mini Golf Course is a full 18-hole mini golf course perfect for experienced golfers to practice their pitching and putting, for budding golfers to learn the game in an informal setting, or as an affordable and fun activity for all the family.

There is also a crazy golf course on site for younger ages.

The golf course is well planted with numerous trees of various species.

This site is separate from the opposite golf course on hall lane, Upminster Golf Club.

There are no parking facilities on site.

The Pitch and Putt is now open from 10am-5pm every weekend, as well as school holidays April - October.

The land north of Upminster town centre remained rural into the 20th century, and the site of Hall Lane Miniature Golf Course is shown as a field on OS Map of Essex of 1921, remaining as open land, as house building gradually took place on the east side of Hall Lane beyond Courtenay Gardens in the interwar period.

By 1938, The Fairway was partially built on the northern side of the site, with Ingrebourne Gardens built to the south and Holden Way to the east.

Its use as a golf course predated WWII when it was in private ownership and laid out as a 9-hole golf course. During the war it was acquired by the War Department for use as an Assault Course.

Following the war, Upminster Council purchased the land and laid out the 18-hole miniature golf course in 1950/51, the second such course to be constructed in the borough.

The brochure of Council sports and recreation facilities of 1961 described Hall Lane Miniature Golf Course as 'an attractive well-used course amid very pleasant and picturesque surroundings'.

The Council began to fence the site; in 1952/3 a water supply was provided and by 1955/6 the fencing on the north side was completed.

A pond in the south-east corner was levelled in 1961/2 and a main drain laid on the south side.

By 1965 the small building near the entrance is shown on the OS Map, and the council brochure for 1970 lists new facilities to be provided in 1971 as a messroom, toilets and a ticket kiosk.

At the northern boundary was a large copse of trees and there remain mature oak and ash at the eastern end, with trees of numerous species now planted on the course. Near the west boundary, a children's pitch and putt course has been laid out. 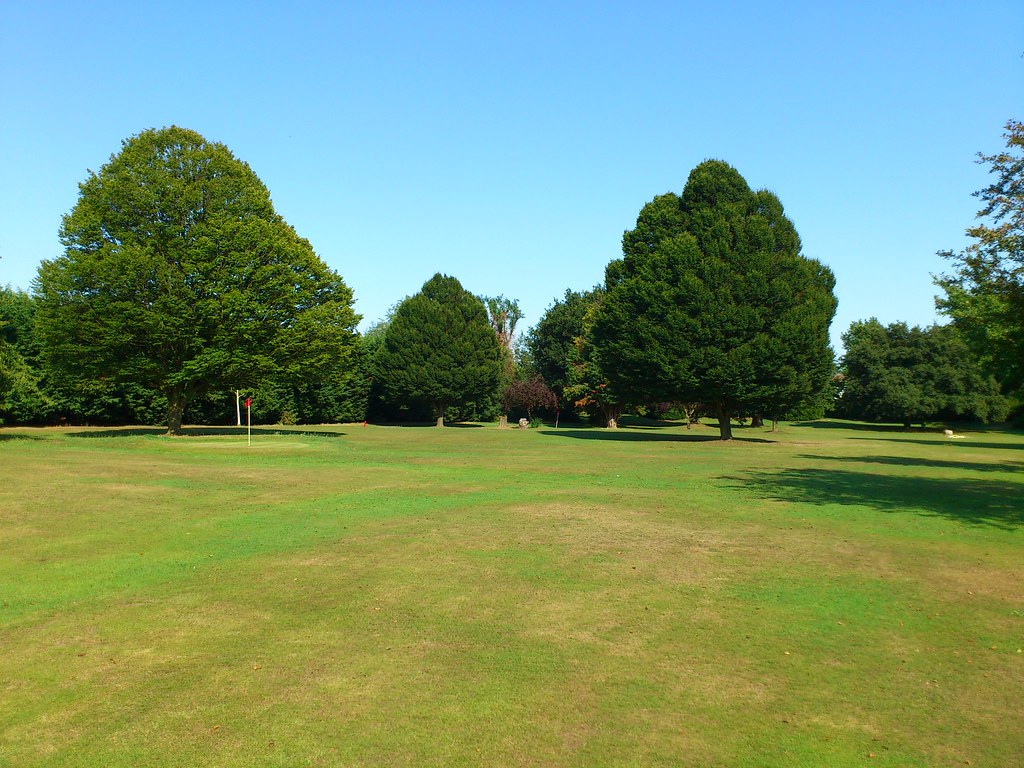