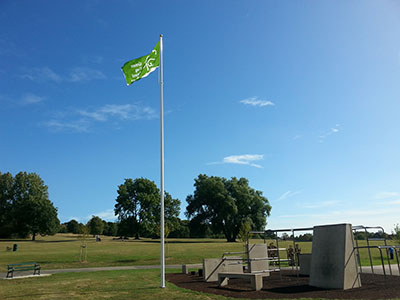 Central Park has a woodland border on the Western side known locally as Sage Wood and Long Wood which is filled with bluebells in the spring.

The park is regularly visited by fallow deer from the nearby parks and the conservation grass areas support a range of butterflies.

This park has a range of facilities including a skate park, BMX pump track and Parkour area.

At 17.23 hectares, Central Park is one of the larger parks within the borough. It offers a range of facilities and features for formal and informal recreation, including a skate park, a BMX pump track, a large children’s play area, a multiuse sports area, a cricket pitch, a kiosk with a picnic area and a Parkour area.

The main entrance to the Park is located on Petersfield Avenue, Harold Hill, Romford and there are a number of other entrances at Dagnam Park Drive and Swindon Lane. There are other entrances onto the land to the east of the park.

The park was restored during 2014/15 with funding from Havering Council and Veolia North Thames Trust. It has an area of conservation grassland which is managed with an annual cut and the collection of the arisings.

The Paine's Brook river is visited periodically by the Councils in-house flood and rivers management team and also the Environment Agency.

The areas have seen an improvement in wildlife value and a walk through the areas in summer will show a noticeable increase in crickets, grasshoppers, bees and butterflies. This in turn has led to an increase in bird species, such as thrushes, and encourages mammals, such as hedgehogs. It also helps encourage bats like the Pipistrelle, who come to feed on the increased insect life.

Sage Wood and Long Wood are important wildlife areas of the park. Informal paths are maintained through woodland areas by the Grounds Maintenance staff. The trees along these lines are inspected as part of the park inspection routine and any defects dealt with by the tree officer.

The woods are grazed by the local fallow deer, which is a problem for natural regeneration, but does have the added benefit of improving the impressive show of Bluebells in the spring.

There is a free car park at the Petersfield Avenue car park.

If you wish to travel by bus, you can reach Central Park with bus routes 256 and 174.

Central Park, in the middle of Harold Hill, was designated in the original Harold Hill estate layout in 1947.  Measuring 50 acres, the park was gradually developed from the middle of the 1950s and by 1966 incorporated an 18-hole miniature golf course, two football pitches, one cricket pitch and four tennis courts. The park was laid out and fenced in at a cost of £10,450. In the sixties there was a paddling pool,

To the north and east, Central Park is abutted by Long Wood and Sage Wood, two areas of ancient woodland that are surviving fragments of the vast medieval Forest of Waltham that covered much of Essex, but was largely cleared for farming by the 16th century.

Like other woodland in the borough, Sage Wood has retained the old name it has been known by for centuries, although it is now part of Central Park. The woods here have oak, ash and hornbeam, plus bluebells in spring.

A tributary of the Ingrebourne River called Paine's Brook, known as Carter's Brook higher up its course to the north, also runs through the park (and is a site of nature conservation). It forms a riverside walk through Brookside Reservations, a series of linked green spaces from Harold Wood.

The Park was redeveloped in 2014 and 2015 using funding from the development of a new housing estate on edge of the Gooshays and adjacent to the park.

The development included a new play area, a skate park, a BMX pump track, a Parkour area, a catering kiosk, floodlighting, a new bridge, resurfacing to paths, new benches and litter bins, the site had gates fitted to the fencing and new notice boards at each entrance.

Further soft landscape works to enhance the site included new shrub beds, grassing over the old play area and tree planting at key areas on the site. A picnic area was installed beside the kiosk

A kiosk by the playground offers a range of food and refreshment.

There is a large play area with a range of equipment, plus a BMX pump track & skate park and a multi-use games area. 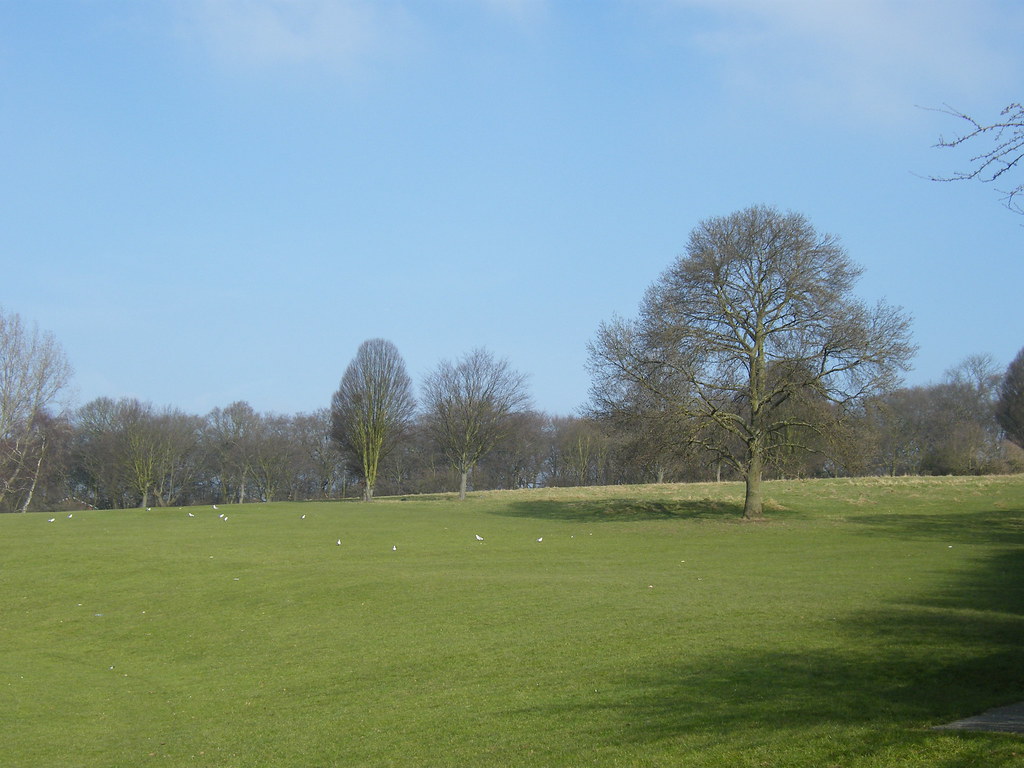