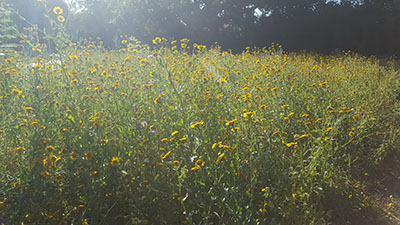 Hylands Park is a medium sized recreation park that covers 11 acres and is well used by the local community.

There is a large circular walkway around half of the park that was once used as a horse trotting track.

Facilities include six tennis courts, a cricket table and a full-sized football pitch.

The park's main functions are to provide a range of sports activities and as an area of passive recreation.

The facilities include six tennis courts, a cricket table and a full-sized football pitch. The cricket club that use the park have a small pavilion and practice nets.

In addition, the park has a large children’s play area, an outdoor gym area and a multi-use games area (MUGA). The park has three access points, the main gates being on Osborne Road. The other entrances are at Globe Road and Hylands Way.

There is a small car park at the Osborne Road entrance.

You can reach this park on the 193 bus route.

The area of land that was to become Hylands Park was used as agricultural land prior to the first half of the 1900s. The land was bought in 1920 by a family named French who owned the Oak Public House on Victoria Road, Romford.

The property was originally used for grazing and a piggery, but it also contained an orchard. In 1925 a large trotting track was laid out by a developer, Mr Hastings of Stoke Newington. The works included the building of a track, stands, stables and other facilities.

Hornchurch Urban District Council tried to halt the plans but the developer appealed to the Minister of Health and he was allowed to continue. This resulted in a public enquiry in October 1925 when it was agreed that Hornchurch UDC would negotiate with the owners for acquiring it for use as an open space. The land was finally purchased by Hornchurch UDC in early 1927.

Whilst the negotiations were taking place with the Council the promoters continued to develop the trotting track which was also on occasions used for athletics meetings.

The first race meeting was held on Whit Monday 1925 and it was supported by a large crowd. The meetings were widely publicised and the popular race days were a very great attraction with owners of trotting horses from all over the country.

Many of the horses would be delivered a couple of days before the race meeting and most of them came by rail in special horse boxes that were shunted into Waterloo Road Railway Sidings. It is believed that Royalty also attended races here

Despite much interest in the early days the trotting meetings became gradually less well attended and the track eventually closed. The trotting track has survived and is the oval path around the eastern half of the park. Hylands Park became briefly famous on the 12th October 1940 when a serious mishap happened when a Spitfire fighter plane with engine problems narrowly missed crash landing in the crowded park.

The event occurred when the Spitfire piloted by John McAdam took off from nearby RAF Hornchurch. The plane had taken off with the rest of the squadron for a regular patrol when the pilot suddenly became aware that flames were coming out of the engine.

The pilot looked at the ground all round for a suitable spot to land but could only see houses in all directions. Then immediately below he saw a green area (Hylands Park) that would make a suitable landing spot.

Unfortunately it was a Saturday afternoon and the park was full of children playing. The pilot had to make a split second decision where to land the plane and he spotted a narrow gap between two houses surrounding the park. He succeeded in crash landing the plane in the gap between the houses by slicing the two wings off.

The plane finally stopped in the front garden of a bungalow in Globe Road and the only casualties were a dog and a few chickens.

There was extensive bomb damage in the park caused by a V2 rocket towards the end of the war. This destroyed the Park Keepers hut and much of the surrounding area. The hut housed clubs and equipment for the pitch and putt that was sited there.

In the late 1940s Hornchurch Athletic football club moved into Hylands Park and the hard tennis courts are resurfaced and the tennis surrounds were renewed and the bomb damaged paths are repaired.

A further two grass tennis courts are converted to hard courts and Water and electricity was installed at the pavilion.

In 1951/2 the allotment sites that had been used in the park during the war were reinstated to grass. A new putting green was created. The first children’s playground equipment was purchased and a cricket square was set out and in 1953 Hornchurch Athletic Cricket Club moved into Hylands Park.

In 1987 the hurricane during October caused Hylands to lose many of its finest trees. The poplars (leading to the Globe Road exit) were planted by pupils from Hylands School (now Edwin Lambert) In 2005 a new play area is installed within the Park and in 2008 the outdoor gym and MUGA and Hylands Park receives its first Green Flag.

In 2015 the main gates and pillars at the Osbourne Road entrance were refurbished. The Gates came from the old Grey Towers house entrance.

There are no toilets at this site. 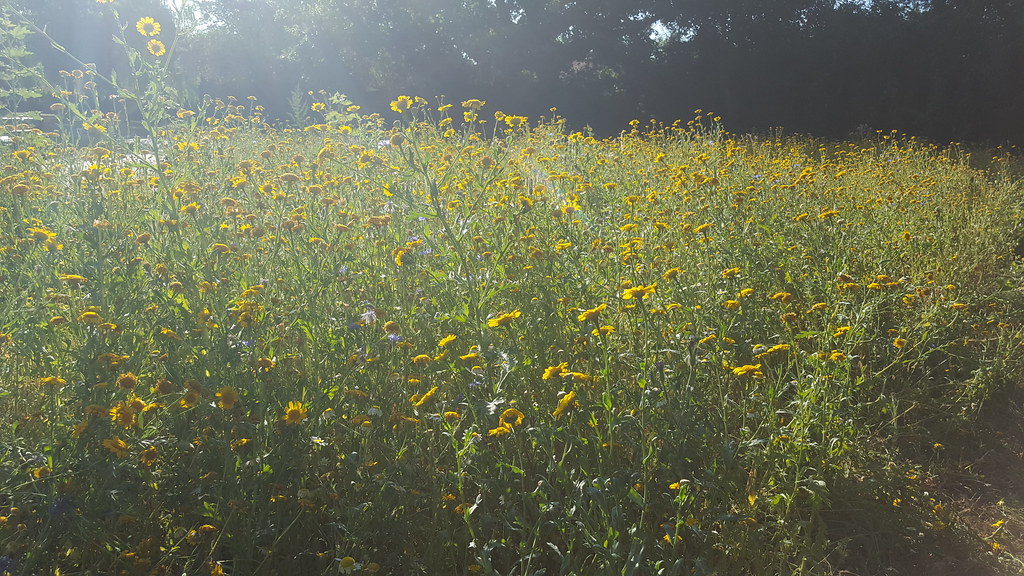