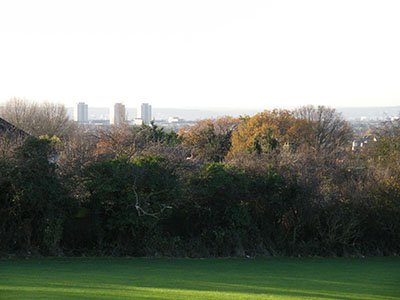 Lawns Park is the last remnant of Collier Row Common and is sited between Romford and Collier Row covering an area of 17 acres.

There is a good mix of conservation areas and amenity grassland to give the park both a natural and formal environment.

The three sections of the park are set out in differing landscapes and functions.

The northern section is the grass meadow; this part of the park has the main area of grass cut only once per year, with grass paths cut into the meadow every fortnight. This long grassland is a throwback to when the site was part of Collier Row Common.

The south-western section offers a viewing platform and amenity grassland used for a range of sports, including football and five-a-side football.

The south-eastern section contains a children’s play area, multi-use games area, ornamental shrub beds and is the busiest part of the park.

There is a large conservation area at Lawns Park on the Northern boundary, on what was the old pitch and putt course. There is a good mix of conservation areas and amenity grassland to give the park both a natural and formal environment.

There are four entrances, one each on Mashiters Hill, Horndon Road, Playfield Avenue and The Drive. 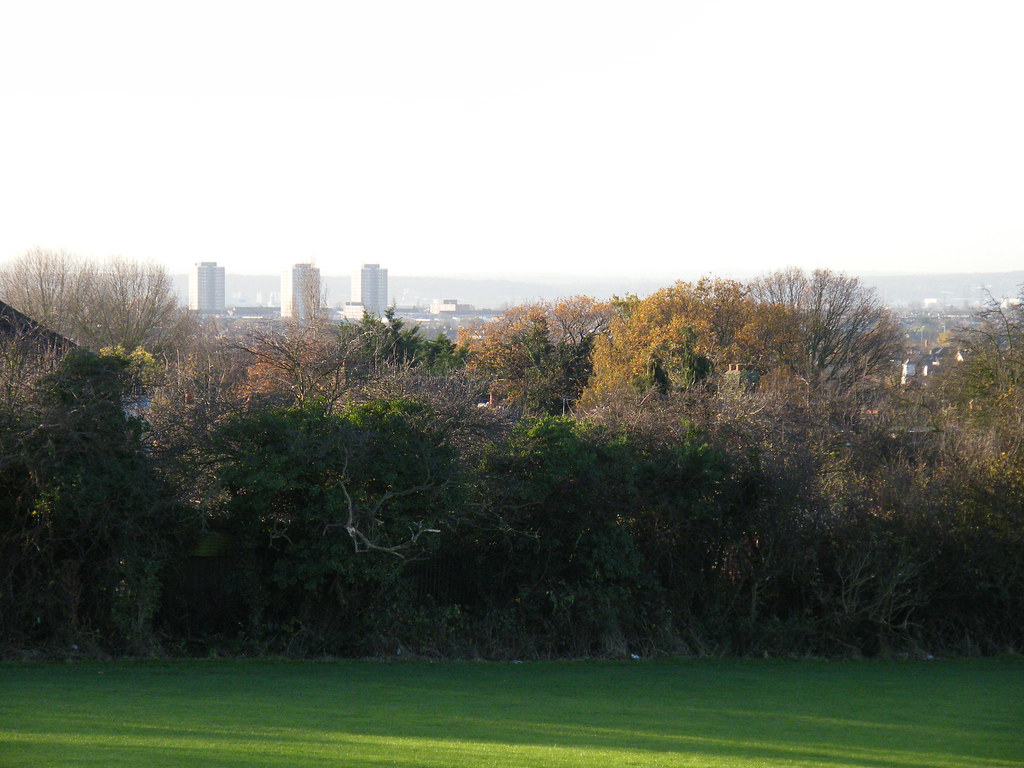 There is off-street parking around all entrances.

You can reach this park on the 365 route from Romford Station, alighting at Hillfoot Road and walking 0.3 miles. You can also reach it via the 103 and 499 bus routes, alighting at Mashiters Hill and walking the remaining 0.4 miles.

Lawns Park is situated in the North West area of the borough, on the higher ground overlooking Collier Row, and can be reached from Mashiters Hill, Lawns Way and Playfield Avenue.

Lawns Park is the last remnant of Collier Row Common and still has a large Oak tree from this time. Extensive views across London are still available and the scene has changed dramatically since the town of Collier Row developed.

The Lawn (Lawns House) as it appears on older maps is on the site of what is now Virginia Close. Comparing aerial photographs taken in 1994 and 1998, the building is there in 1994 but has been replaced by housing in 1998.

The 1998 publication Treasures of Havering by John Drury provides the following information regarding Collier Row “The only large property in the 19th Century was Lawn House, off Lawns Way, Cross Road. The house became a social club, but has now been knocked down for building development.”

The land came into the council’s possession in 1931 and remained as an undeveloped open space until after the Second World War. During the war, six acres were cultivated under the “Dig for Victory” scheme.

The development of the park began in the 1950s with the construction of a children’s play area in 1955/6. A tennis court was added to the site in 1958 next to the play area. In 1961, a 9-hole miniature golf course was constructed at the northern end of the site.

The site was thought suitable for miniature golf because the ground was uneven and deemed to be unsuitable for games that required a flat surface. The development was complimented by the addition of a café again in 1961.

There are no toilets at this site