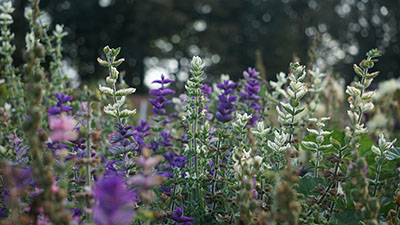 The Garden used to serve as a kitchen garden for the mansion house that was located in the park, where the visitor centre is now. After the mansion’s demise, the Walled Garden was used by Bedfords Nursery who grew plants for the borough’s parks and open spaces.

Once the nursery left, the Walled Garden fell into disrepair until management was taken over by a charity funded by the Big Lottery Grant.

In 2018, the charity’s funding ended and management of the garden was handed back to the Council.

Several landscaping improvements have made the garden more accessible and productive than ever, and a dedicated team of local volunteers work hard with the council and the Friends of Bedfords Park to keep this historic site functioning.

The Walled Garden dates from the 1770s and is set within a public park which was formerly an extensive Georgian estate called Bedfords; the house was demolished in 1959.

The walled garden and the stables (now a depot) are the only remaining structures of the mansion complex.

The Walled Garden covers an area of 1.5 acres and is approximately 100m long by 62 m wide. The Walled Garden has a sheltered microclimate; the site is on a gentle gradient on a south-facing slope. Nursery Wood, which may be ancient woodland, surrounds it, and the views out from the garden are of the tops of these trees. The main entrance to the walled garden is in the short west wall and opens on to the main long central axis of the garden.

Several features of the garden were repaired with a Big Lottery grant which ended in 2018. These repairs include: brick work on the western wall, replacing the 70m lean-to glasshouses and constructing two large poly tunnels.

Day to day management of the garden is carried out by the council, with assistance from a dedicated team of volunteers. Produce from the garden is sold in the garden shop with all profits being reinvested into the site. Produce that is not sold is donated to Saint Francis Hospice in Havering-Atte-Bower.

Some produce is entered into local horticultural competitions. In 2018, volunteers grew a 621lb mammoth pumpkin which dwarfed others in the competition. In 2019, more awards were won including the Aileen winners cup for best cut flower display and a silver National Dahlia Society medal.

There is free parking at the Broxhill Road cap park.

There is no direct bus route to Bedfords Park, however there are nearby bus stops along the 375, 575 and 499 bus routes.

Bedfords Park opening and closing times will vary seasonably - generally half an hour after dusk. Exceptions may occur.

The walled garden is open on Tuesdays and Thursdays between 10am and 4pm.

Please note that this is seasonably variable, closing earlier in winter.

The volunteers also occasionally open Sundays for a work party. This is advertised on the Friends of Bedfords Park Facebook page.

The walled garden dates from John Heaton’s time at Bedfords, J.P. Neale in 1819 described Bedfords as having a 'well-stocked garden with green houses, hot houses and a pinery of considerable extent'. It is thought that the kitchen garden was built some time after 1771.There are no plans showing the walled garden in Heaton’s time,but the Bedfords Estate is marked on two plans of Essex both dating from about 1777.

John Heaton lived at Bedfords until he died in 1818. His grandson Charles Heaton Ellis succeeded him; records show that by 1846 the manor had grown to 537 acres.

Ellis let the estate to a succession of tenants until 1854, when he sold it to James W. Hawkesley. In turn, Hawkesley sold Bedfords to Charles Barber, who sold to Henry R. Stone, whose widow then sold the estate to Romford Urban District Council.

Bedfords Nursery used the premises until about 2005; the nursery produced plants to supply the borough and for sale to the public. There was also a link with Capel Manor Horticultural College at this time, and students were offered work placements to help them with their practical training.

The garden is located on a south facing slope. It had long been recognised that a slope in a kitchen garden exposed the crops to more sun, and a gradient also aids drainage and gives a choice of growing conditions suitable for a wide variety of fruit, wall fruit and crops.

The range of environments include the coolest, richest soil at the lowest part of the garden, suitable for growing moisture loving plants such as cabbages and late peas.

At the top of the garden, there is the sunniest, south-facing wall for growing warm-loving plants like peaches. Research in the 19th century showed that the amount of heat reflected from a south-facing wall showed it to equal the temperature of a garden in the south of France.

The garden appears to have been positioned according to the best practice of the day for gardens in the warmer south of England. The garden is not aligned on a dead north-south east-west axis orientation, but is rotated slightly to the east of south, so that the warmest walls receive the maximum amount of afternoon sun.

As was usual in gardens of this time, heated glasshouses were arranged along the south side of north wall, where they would receive maximum sun for producing grapes, exotics and forcing early beans and strawberries.

The earliest detailed plan of the walled garden dates from the Victorian period from 1871.

Kitchen gardens of the mid 18th century retained the tradition of division into quarters, and in gardens of all dates the main walks would never be disturbed. This arrangement is still in evidence on the plan of 1871 - it indicates two quarters available for growing crops. The third quarter is divided into two - on one half there is an enclosure containing a group of glasshouses, with fruit trees on the other half. The fourth quarter seems to be planted as an orchard.

After the nursery closed in 2005, it is understood that much of the copper pipe and other metal with scrap value was stolen. The majority of repairs were conducted by the charity Clear Village, who were managing the site until 2018.

There is no gym equipment present. 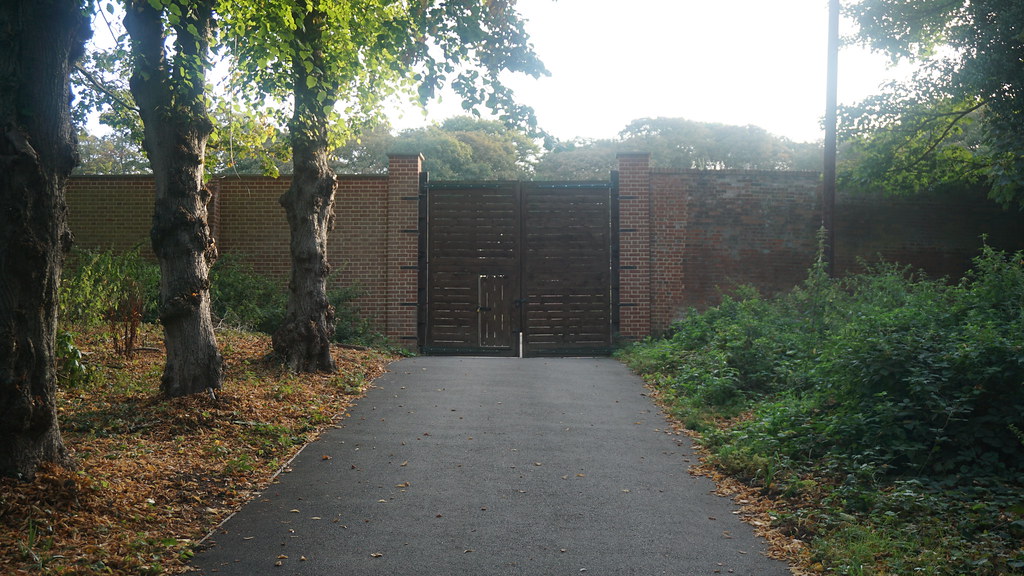