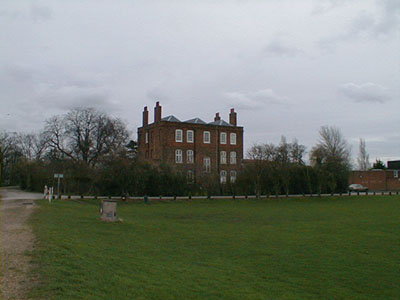 Bretons Manor, a Grade 2 listing building, was built in 1742. In total 5 houses have been built on the present plot since 1160.

The majority of the land has been used for a wide range of recreational activities since 2001, including an Equestrian Centre and numerous clubs, including dog training, model flying, angling, football and archery.

Mainly laid as open amenity grass, Bretons Outdoor Recreational Centre offers near limitless space for sports and recreation. The site is used primarily for local football teams but the southern fields and used by a local model flying club.

The grade 2 listed building known as Bretons Manor gets its name from the Le Breton family who owned the land in Hornchurch between the 12th and 14th centuries.

The Manor is now used by the Bretons Community Association and Social Club, who host several events throughout the year. The club started in 1978 and took over day-to-day running and maintenance of the house.

Large areas have been planted with a variety of native trees and shrubs, presently young and semi-mature. These areas are rich in berry-bearing species and doubtless enhance the site for birds. There is an 11-acre lake which the River Bream runs through, which attracts Great Crested Grebes and Kingfishers.

There is a free car park at the Rainham Road entrance.

The first house to stand on the site was inherited by Le Baron in 1160, and the land around has been in cultivation since that time. When forest clearance took place, Bretons has continued as a working farm within living memory.

The Manor of Bretons, by the River Beam, is probably named from the Le Breton family who owned land in Hornchurch between the 12th and 14th centuries.

The spelling of the name has changed over the years, recorded as Radolphus Briton in 1177, Bretouns in 1359 and Breteynes in 1517. In the 14th century, the Northtoft family owned the estate, William de Northtoft building the third house on the site.

In the ensuing years, the estate had a number of illustrious owners, who often had a number of estates in the area. For example Sir Richard Arundel, who fought in Henry V's army in France, held the Manors of Bretons, Baldwins and Mardyke in 1417. A subsequent owner, Thomas Scargill, was buried in St Andrew's Church on his death in 1476, leaving money for the church steeple.

In 1501, the fourth house was built on the site when the manor was owned by William Ayloffe, Justice of the Peace for Essex and Suffolk. He was married to Etheldreda, daughter of Sir John Shaa, Alderman and Lord Mayor of London.

Bretons Manor remained in the Ayloffe family for 150 years, during which time the early 16th century brick barns were built. These included Ayloffe's 'Noble' barn with a 9-bayed roof, other buildings south-east of the house, and the walled garden.

William Ayloffe was buried in St Andrew's Church, where a family tomb remains in the chancel. The floods that breached Dagenham Creek in 1591, later known as Havering Gulf, came through a wall belonging to the third William (later Sir William) Ayloffe of Bretons, who was required to contribute to the costs, although flooding remained a problem well into the 19th century.

In 1659, Sir Benjamin Ayloff, High Sheriff of Essex and a royalist, was forced to sell Bretons to meet the costs of sequestration imposed by Cromwell's Parliament, and Bretons was owned first by John Winniffe and shortly thereafter by John Austen, an Alderman of London, in whose family it remained until 1720.

John Hopkins of Bretons also owned the Manor of Redden Court in Harold Wood. He rebuilt the present Bretons manor house, using some of the brick and other materials from the Tudor and Elizabethan houses, still evident in parts.

The new house was of high quality, with a minimal front courtyard and impressive bowed clairevoie or clairvoyee, which was likely to have been re-used, together with the re-used staircase and some stone from the earlier buildings. This re-use of quality materials and detailing enabled Hopkins to create maximum impact while making the least reduction on his money-making agricultural business. On his death Hopkins left Bretons and Redden Court to John Dare.

By 1812, Bretons was owned by Mrs Elizabeth Grafton Dare, at which time the manor house was moated on three sides. Bretons remained in the ownership of the Hall-Dares family until 1869 when it was sold to Romford Local Health Board for a sewage farm, which existed until 1968.

From 1971, the manor house was empty and neglected while its future was deliberated; vandalism destroyed much of the outlying buildings and the farmhouse complex. In 1976, the farmland was developed as a Youth Centre and sports ground and renovation of the house began.

In December 1978, Bretons Sports and Social Club was opened and took over day-to-day running and maintenance of the house.

During the 1980s extensive tree planting took place; Thames Water excavated an 11-acre lake that the River Beam now runs through, creating a flood plain; the large mound to the north of Bretons was formed from the spoils.

In 1997, Bretons Community Association was created and took on responsibility for the Sports and Social Club and for Ibex Youth House, which had closed in 1995.

A wide range of recreational activities have been provided since 2001 including an Equestrian Centre, numerous clubs including dog training, model flying, angling, football and archery. The basement of the manor house was for some time used by a model railway club.

A mature Cedar of Lebanon stands behind the fine curved wrought-iron 18th century screen and gates of the clairvoyee to the front of the manor, which have been repaired recently as part of restoration works.

The original estate extended to the current gates of Whybridge School on South End Road, where there was an artificial rabbit warren within a brick-lined area. A similar warren existed in the walled garden, visible as a mound in the corner.

A number of the old 16th century farm buildings remain, including the milking parlour - now changing rooms, tack room now shower and toilets. The orchard at one time contained apple, pear, plum, apricot, peach and cherry trees, as well as a mulberry tree.

A Victorian lean-to greenhouse on the furthest end of the barn had contained a grapevine. There is evidence that there were a number of tunnels, probably of Tudor origin and large enough to take a horse and cart, that ran from the under the house to the river; their purpose is unknown but smuggling is a possibility.

Food and refreshment is available at the social club bar.

There are toilet facilities at the social club. 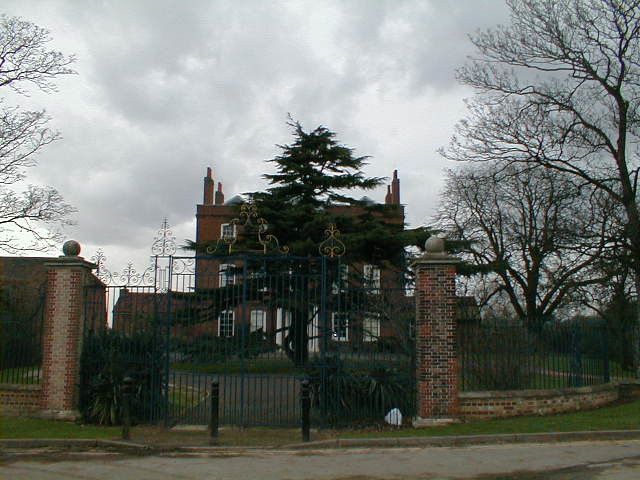