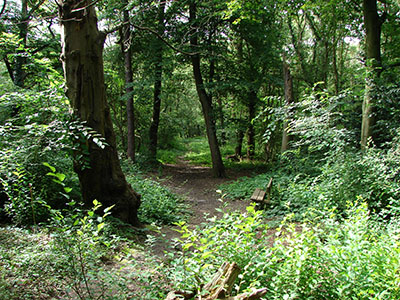 Havering Country Park covers an area of 165 acres, making it one the larger parks in the borough.

Located in the north of the borough, this park borders with Havering-Atte-Bower village and provides links to the surrounding countryside.

An avenue of Wellingtonia trees, dating to when the Havering manor was still present, remain in the park, and are the second largest plantation in the country.

Formerly part of Havering Park, Havering Country Park was part of the estate of the medieval Royal Palace of Havering.

Before becoming a public park, the site was used as plotlands where bungalow style buildings were rented out to people wanting to escape their busy urban lifestyles.

The vast size of this park allows for a seamless transition from open grassland and dense woodland. This, and the parks gentle landscape, makes it perfect for hikes and sponsored walks.

The majority of the trees planted by the McIntosh family remain in the park today with coniferous species surviving from the 19th century, planting close to the site of the former house.

In 1986, Havering Council acquired the site from the GLC and developed it further as a 165-acre country park, maintained as natural woodland and meadowland, which represents the western portion of the original estate.

Havering Country Park was formerly part of Havering Park, itself part of the estate of the medieval Royal Palace of Havering which was abandoned in the 17th century. Its royal history commenced in 1066 when William the Conqueror decided to keep the manor of Havering for himself and the palace received many royal visits over the years.

Henry II’s and Henry III’s records frequently refer to building repairs and upkeep of the park, including the construction of a bath for the king in 1215.

Henry II visited at least 20 times between 1222 and 1272, implementing numerous improvements, such as special glass windows fitted in the Queen’s chamber in 1251, a luxury at the time, and by 1263 the walls had been repainted and the chapel rebuilt.

Edward III visited the manor more often than any other monarch and Richard II came to Havering Palace after the successful suppression of the 1381 Peasants Revolt.

Catherine of Aragon, Ann Boleyn and Jane Seymour all held the manor of Havering while they were queens to Henry’s king and the sickly Prince Edward, later Edward VI, was nursed there.

Elizabeth I frequently stayed with her Privy Councillors. Her leading minister, Lord Burghley, ordered a plan of the palace in 1576 which is still in existence. In 1588, on the eve of the Spanish Armada, the Earl of Leicester advised her to ‘withdraw yourself to your house at Havering’.

In 1638, Charles I was the last monarch to rest at Havering and during the Civil War the Palace was abandoned and fell into ruin. A survey of the King’s property in 1650 described Havering Palace as ‘a confused heap of ruinous decayed buildings whose materials of lead, glass, brick, tile, timber and stone [were] valued at £480, this did not include the cost of salvaging them’.

In 1828, the McIntosh family bought the manor from the Crown and built an Italianate house on the site of the old Palace and laid out a park of some 250 acres.

An avenue of Wellingtonia trees was planted leading up to the house. These trees, also known as Giant Sequoia, were very fashionable at the time, having been discovered during the Californian Gold Rush of 1850 and named in honour of the Duke of Wellington. Havering Park still has the second largest plantation of Wellingtonia in England, totalling 100 trees.

Upon the death of Mrs Charlotte McIntosh, the mansion fell into disrepair and was demolished in 1925. However, the majority of the trees planted by the family remain in Havering Park today.

After the death of Mrs McIntosh, the estate was carved up piecemeal, part of it being sold off in one-acre plots at around £30 each that became known as the Plotlands. These plots were along Wellingtonia Avenue and Pinewood Road and were extremely popular from the 1920s to 1940s.

Many of them were initially bought by East Enders as a welcome retreat from the inner city who ‘visited their plots at weekends, staying in tents and slowly building their own bungalows. Some moved in permanently.’ Two of the old bungalows still exist, one of which serves as the Park Office.

In 1970, the Greater London Council, much to the displeasure and outrage of local people, was behind a Compulsory Purchase Order to clear out the Plotlands in order to create a regional public park following recommendations in the Abercrombie Report to restore Havering Ridge to its former beauty.

This proved a lengthy process, facing much opposition, and it was not until 1976 that the area was opened as Havering Country Park.

In 1986, Havering Council acquired the site from the GLC and developed it further as a 165-acre country park, maintained as natural woodland and meadowland, which represents the western portion of the original estate. There is also evidence of Roman remains in the park.

A cache of coins found suggests the existence of a Roman villa, and a of group cremation sites and gullies implies early industrial activity. It is possible that the very straight Clockhouse Lane was the route of a Roman road.

There is no outdoor gym on this site. 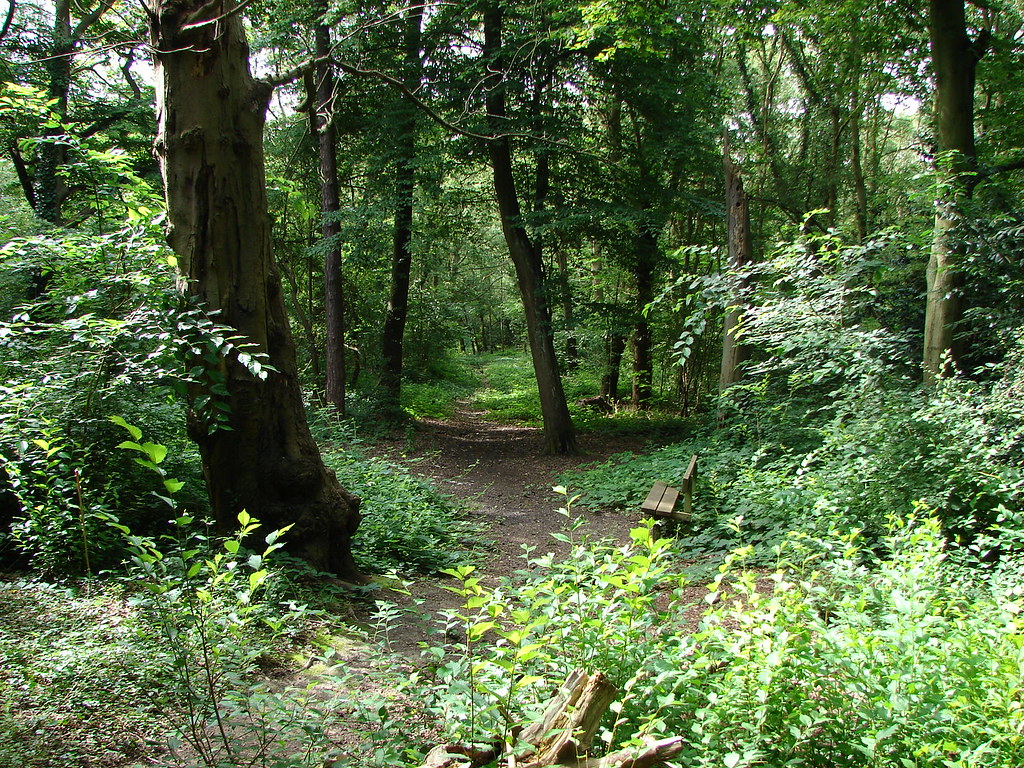