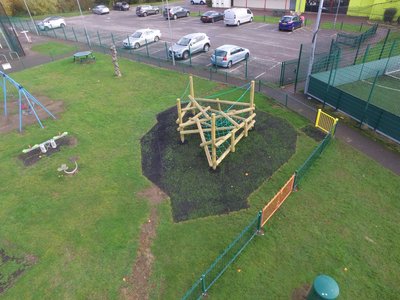 Running alongside the River Rom, this flat area of grassland is ideal for both informal and formal recreation.

Pleasant walks can be taken along the river and children of all ages can use the play equipment, multi-use games ball court, skate/BMX equipment and outdoor gym.

There is also a cafe which is adjacent to the car park that serves food and drinks and also has public toilets.

During the winter months, the majority of the site is marked up for football pitches for local clubs.

With its triangular layout, King Georges Playing Fields (originally called Mawney Park) covers an area of 24 acres. The unique shape of this park remains and its boundaries have changed very little since its time as old fields and allotments.

This site is legally protected by Fields in Trust through a Deed of Dedication, which ensures the sites protection for future generations.

There is a large, free car park at the Eastern Avenue entrance.

King George's Playing Field was originally known as Mawney Park, acquired and laid out as a recreation ground in 1928. Prior to that time, the land to the east of Mawney Road was fields in the Manor of Mawneys, which originated in 1200 when King John leased 'the wood at Romford' to the Earl of Norfolk for a rent of 5 shillings a year.

From 1280, it was known as the Manor of Romford, the name Mawneys dating from the 14th century when the then 140-acre estate was owned by Lord Walter de Mauny. The moated manor house, called Mawneys or Great Mawneys, was located on Mawney Road, north of Romford High Street, but was eventually demolished in 1935.

In 1758, the Newman family owned the Mawneys estate, and in 1781 the manor of Nelmes in Hornchurch was acquired, and both estates remained in the family until 1883.

By that time, the Mawneys estate comprised 265 acres, with Forest Road forming the north boundary and Marks Road the south. By this time, the town of Romford was expanding; the whole estate owned by the Newmans was sold for housing development.

Maps of Essex of 1871 and 1896/7 show the future park site as fields, and by 1921, allotment gardens are shown on part of the site, by which time the area to the west of Mawney Road was built over with houses.

Mawney Road itself is marked as an existing route on late 19th century maps. The River Rom runs through the park, forming the easterly boundary of the triangular site, which on the OS map of 1938 is shown as Mawney Park. Later funding was received through the King George's Fields Foundation.

The Foundation, set up as a memorial following the King's death in 1936, provided funding for the creation or improvement of a great many playing fields, before it was dissolved in 1965. The Map of Essex of 1939 shows the change of name from Mawney Park to King George's Playing Field.

The Eastern Avenue now forms the southern boundary of the park. Since 2005, new facilities have been provided, including a children's playsite, multi-use ball court and outdoor gym equipment.

There is a cafe at the Eastern Avenue entrance.

There is an outdoor gym available on this site.

There are toilet facilities at the cafe. 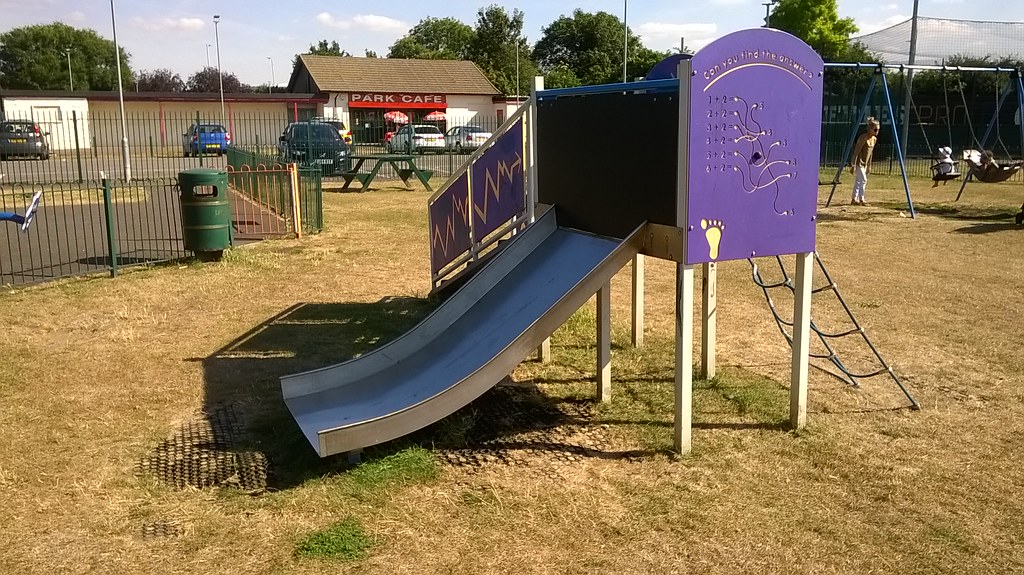